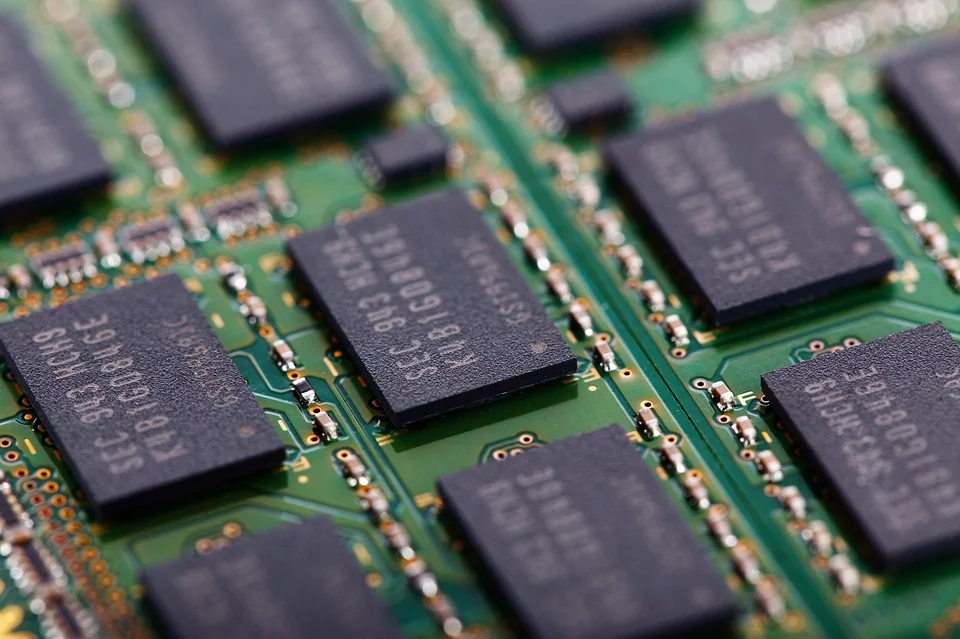 RAM is an acronym for Random Access Memory, a necessary form of memory that computers use to run our different programs. RAM is in all types of personal computers we use today, including workstations, laptops, tablets, smartphones, and gaming consoles. Technology has changed fast, and all of the above devices are types of computers.

RAM is short-term memory, a significant memory type used by the computer. The majority of data we see and interact with on our computers (such as a spreadsheet) may be consolidated in RAM, so changes we make in a spreadsheet are seen almost immediately on our screen. RAM is accessed when we initially turn on our computer. The operating system is one of the initial programs loaded into RAM when we “boot up”. During this process, the operating system tells the computer what to do in multiple different situations imaginable, including how to use this style of memory.

This can be put into more detail over on Wikipedia.

There are several different types of memory used by computers. The fastest is RAM, but it is short-term, meaning that all the information stored within it is lost when you turn off the computer. The next fastest type is SSD (solid-state drive) which is also random access but is long-term memory. We can store our data in the SSD. The next fastest is HDD (hard disc drive), which is also random access and long-term memory. The HDD is where most of us store our data today. The slowest somewhat active storage device is tape drives, which is longterm memory and uses sequential access.

RAM is dynamic memory that has to be updated quite a few times a second to retain its information. RAM is usually on a motherboard, very close to the processor so that the processor can access the information quickly, but this may not always be the case. Random Access Memory also means that the data stored can be accessed directly by its address, so access by the processor can be high-speed, which is useful. And the fact that we call it dynamic memory means that when we turn the computer off, the information stored in RAM is lost. When we “save” something we’re working on, that data is stored in our HDD or SSD, and not in RAM.

RAM comes in memory modules of different sizes and speeds. Depending on how much RAM your system can handle, usually the more memory you have, the better your system should perform under pressure.  Another difference between RAM and your hard drive is the speed of access. Memory has its own speed of access (fast) and has to be synchronized with the clock speed of the computer. Your HDD or SSD is usually a lot slower than this type of memory is.

The RAM in our computer plays a major role in the speed at which our computer works and loads programs and is, therefore, one of the most important things to understand when buying a computer.

What Are Rams In A Computer

During a computer’s operation, RAM is used as a storage medium for the operating system (OS), application programs, and current data, so that the processor can access those items quickly. The primary memory of a computer is RAM. Compared to other types of storage, such as hard disks, solid-state drives, and optical drives, RAM is much faster to read and write to.

What Is Memory For Computer

Computers hold instructions and data in memory so that they can access them quickly. In memory, information can be stored for immediate use. It is an essential part of a computer’s functionality, because it cannot function without it. As well as operating systems, hardware, and software, memory is used by a computer.

Random Access Memories is the fourth studio album by the French electronic duo Daft Punk, released on 17 May 2013 through Columbia Records. The album pays tribute to late 1970s and early 1980s American music, particularly from Los Angeles. This theme is reflected in the album’s packaging, as well as its promotional campaign, which included billboards, television advertisements, and a web series. Recording sessions took place from 2008 to 2012 at Henson, Conway and Capitol Studios in California, Electric Lady Studios in New York City, and Gang Recording Studio in Paris, France. Random Access Memories was the duo’s final album before they split up in February 2021.

As defined by the term memory, in computing, it is a system or device that stores data for immediate use on computers, related hardware, or digital devices. Memory is sometimes referred to as primary storage or main memory. It is also sometimes called store. [3]

An internal memory of a computer, called RAM (Random Access Memory), stores data, programs, and program results. RAM is a read-write memory, so when the computer is on, it stores data until it is shut down.

On the motherboard, random access memory (RAM) is usually located as a type of data storage. Its read and write speeds are between 20 and 100 times faster than hard disks, making it the primary memory used by a computer for quick access.

In a computer, random access memory (RAM) is the main memory that stores and retrieves data from many different locations at the same time (usually quite rapidly).

Unlike older media, such as CD-RWs, RAM allows you to read and modify data at any time. This differs from CD-RWs, where you have to follow a fixed sequence and access the data slowly.

In order to run your games effectively, you need RAM that combines capacity and speed. RAM is one of the most important components on your PC. Low latency RAM can make sure that every task you perform on your computer does not leave you waiting too long between tasks. If you’ve never upgraded the RAM on your gaming PC in a while, RAM is a great idea. And best of all, RAM isn’t too expensive.

Data stored in RAM can be read from and written to, unlike ROM. Due to its volatile nature, RAM will be gone when your computer is turned off.

Synced dynamic RAM, or SDRAM, was introduced in the early 1990s, allowing computers to perform faster tasks by synchronizing their memory with the processor.

An original soundtrack was composed by 2 Mello for the cyberpunk adventure game Read Only Memories, developed by MidBoss.

JEDEC Semiconductor Memory Standard specifies GDDR4 SDRAM as graphics card memory (SGRAM) as Graphics Double Data Rate 4 Synchronous Dynamic Random Access Memory (GDDR4 SDRAM). [1][2] GDDR4 is a rival to Rambus’s XDR DRAM. It was meant to replace the DDR2-based GDDR3 with the DDR4-based GDDR3, however within a year it was replaced by GDDR5.